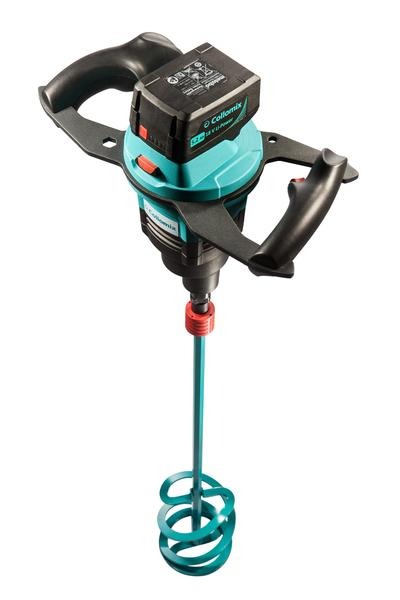 As you can see the collomix cordless mixer is more than capable of mixing a batch of 85 KG of concrete and there was still power left in the battery to make another batch.

We used the Metabo 8 Amp battery for this and the KR mixing shaft which was a quick release.

As you can see the mix which was used for a footing for a concrete pillar was mixed quite stiff so it was impressive to see the cordless mixer work through this toughest of mixing jobs.

The Collomix range of mixing paddles will cover any mixing job you have and being cordless it is extremely versatile.